Leveraged Networking is a system that helps you get the most return for the time you invest networking. Most lawyers are convinced it is important to network, but they are not sure how to go about it. They go out and meet people, but they get few referrals. To be effective at networking it is vital to understand how and why it works.  Whether you are a solo practitioner just starting your practice or a partner with a large firm with a million dollar practice, networking will be the life blood of your practice.

Your personal network is much like a fishing net. You will get the best results if the net is wide and deep and if you cast it in waters where the fish are known to swim. Most attorneys are trying to catch fish with a small net that is two feet wide and six inches deep. They then cast their net in polluted waters and complain the fish are too small and there aren’t enough of them. Before you can be effective at networking, you must understand how networking creates opportunity.

Networking is using the personal relationships people have with one another to increase your exposure to information and opportunity.

I have lawyers tell me all the time, “I tried networking and it didn’t work.  I never got any business from networking. This is because they didn’t understand how networking produces referrals.  They were very busy having random encounters with low probability contacts with whom they had no follow-up.  Of course they didn’t get business.  The people they met either didn’t have clients to refer or didn’t have a strong enough feeling of trust and respect for the attorney to feel comfortable making the referral.

To better understand how to use networking to get referrals, it is important to learn about the types of networking and which approach is most effective.

There are three types of networking:

This is the networking approach most often used by attorneys. When they meet someone new, they make sure that person knows they are an attorney and they whip out a business card.

Every so often, opportunistic networking will produce a client. For this to happen, the person with whom you are speaking must need your services at that moment, or know someone who does. The chances of this are remote, and the needs are quite random. If there is no immediate need, the business card is usually in the trash or the dry cleaners within a month.

Though it does produce occasional results (any activity in the marketplace is better than no activity), opportunistic networking is far too time consuming and inefficient to have a real impact on your practice. When it does produce results, the random nature of the clients produced is likely to contribute more to marketing drift (the tendency for you to drift out of your preferred practice area and take undesirable clients in areas of law you despise just because you need the money) than to your objectives.

Strategic Networking is a more directed form of Opportunistic Networking. This approach attempts to position the attorney at a place where potential clients are likely to gather. The attorney will join associations or clubs and attend breakfast lectures and luncheons where he/she will pass out business cards. Occasionally, the attorney will give a lecture or sponsor a meeting.  Examples of this would be an elder lawyer sponsoring a free seminar for the families of nursing home residents, or an intellectual properties lawyer giving a free lecture on copyrights and trademarks to a technology group.

Leveraged Networking is the most time efficient form of networking. It increases the volume of desirable clients and gives the highest yield on invested time.

The Geometric Power of Networking

Networking has incredible power to help you reach a large number of people at a minimal cost. That is because of the geometric nature of networking.

Continuing the progression, you have 1,000,000 people in your tertiary network (100 x 10,000). These are people who are only two personal introductions away.

Thus, you have would have 100 million people who are three personal introductions away and 10 billion who are four introductions away (it seems we’ve run out of people on the planet!). Naturally, this is a simplistic model (not everyone knows exactly 100 people and there is some overlap), but it accurately illustrates the geometric power of networking.

Most of the people in our primary networks are there by accident. We tend to enter into relationships with people who are proximal rather than seeking out people who are beneficial. We meet our friends at school, work, organizations, our neighborhood, etc. We seldom take time to look for people who will enrich our lives. Instead, we make the best with those in close proximity.

You have incredible potential to improve your practice simply by seeking beneficial introductions. Leveraged Networking produces such introductions, creating a network with high potential to give you referrals.

Returning to our example, suppose your target for leveraged networking contacts is accountants. Let’s assume each person in your primary network knows an average of one accountant. That means you have 100 accountants to whom you can be personally introduced. Now suppose each of the accountants has 100 clients who occasionally need legal assistance. By reaching into your secondary network you have created a network of 10,000 potential clients who can be personally recommended to you if they need legal help.

The way you do this is to get yourself introduced to the 100 accountants by your 100 friends. You then create personal relationships with your new accountant friends. They are now in your primary network and are motivated to refer business to you. If only one percent of each accountant’s clients will need legal assistance in the next year (you can bet it will be more than that), you have potential to bring in 100 new clients from this network.

If you want to be successful in networking, reach selectively into your secondary network and bring people who can help you into your primary network.

Being successful at Leveraged Networking is this simple:

The Objectives Of Networking

Expanding The Network – Most lawyers have networks that are too small. The first objective is to expand your network by seeking contacts specifically targeted to have people in their network who can help your practice.  Remember, with each new person you add to your primary network you are adding 100 people or more to your secondary network. Be sure to ask new contacts for introductions to potential leveraged contacts from their primary network.

Seek people who are successful, leaders, people oriented, and have a profession that causes them to be in contact with large numbers of the type of people you would like as clients. Successful people usually have large networks and thus have a better chance of knowing someone who can use your services. Leaders are always being asked for their advice. This puts them in a unique position to refer. People oriented people naturally tend to have bigger networks and are also more likely to make a referral. Finally, the more contact a person has with your target group, the greater the likelihood they will stumble across someone with a problem you can solve.

Creating Personal Relationships – Expanding the network will introduce you to a lot of new people. If you have been selective about whom you meet, they will have a high probability of eventually having a matter to send to you. From among this group of new contacts, you must now select the ones with whom you would most like to continue the relationship.

The people with whom you create personal relationships should have three basic qualities:

The first is important for obvious reasons. The second refers to your respect for their competency as professionals. Remember, you are going to want to send referrals to these people in return for the ones they send you. If you are not convinced they will do good work, you will be hesitant about recommending them. There is no sense spending time cultivating relationships with people to whom you know you won’t refer.

The final factor cannot be overstated. No matter how good a contact you think a person is, if you don’t like him/her, don’t go any further. If you do, you will always feel like a phony who is just using this person to get business. This will strongly inhibit your motivation to continue networking. If you feel like you are building a network of friends rather than a network of obligatory business contacts, you will benefit twice because you can never have enough friends, and you can never have enough quality clients.

Once you have found a contact with the above mentioned characteristics, you should pay him/her plenty of attention. The likelihood of a leveraged contact referring clients to you is directly related to his/her perception of the continuity of your relationship. The perception of a continuing relationship is of paramount importance. The only way to maintain this perception in the contact’s mind is though periodic contact.

If you want to get referrals from your network, you have to cultivate and maintain friendships. This requires continual follow-up. You should be in contact with them at least twice a quarter by phone to stay in the forefront of their minds. Since you enjoy having them as friends, this should be a pleasant task. As your network grows, the networking process becomes more a matter of staying in touch with friends than meeting strangers.  Sometimes lawyers worry that follow-up calls will be viewed by the contact as being a nuisance.  This is untrue.  First, you should be  calling someone with whom you have a genuine affinity, so in all likelihood he or she will be happy to hear from you.  Secondly, they are hoping you will send them business too, so they will probably view your call as an important marketing opportunity.

Success is the result of the systematic application of high probability tactics. Leveraged networking is a high probability tactic, but it must be done consistently each week for it to be effective. If you meet two new leveraged contacts per week, and create relationships with just half of them, at the end of one year, you will have 50 new friends with a high probability of sending you referrals. If each person sends you just one small matter per year it can mean an extra $50,000 worth of business.  If they each send you a large matter, it can be ten times that.

Some of my clients have found that systematic leveraged networking has revolutionized their practices bringing in tens and even hundreds of thousands of dollars in new business per year. And now, most of their networking effort is just staying in touch with friends.

Other Articles by Art Italo:
Starting a Small Firm or Solo Practice
How to Set Your Retainers and Fees
Marketing for the Small Firm and Solo Practitioner

Art Italo is a consultant working exclusively with attorneys in the areas of legal marketing, strategic planning, law practice management and success coaching since 1992.

He has developed and refined the concept of Leveraged Networking after over 15,000 hours of individual consultations with attorneys. He has personally consulted with over 500 attorneys in Atlanta and across the U.S. with practices ranging from solo practitioners to partners with major firms. Art has more than 35 years of marketing and management experience and holds an A.B. from Brown University and an M.B.A. from Pace University.

To get help with marketing and management questions,
Contact Italo Consulting today for a free initial consultation.

Marketing and Management Consulting Exclusively to the Legal Profession 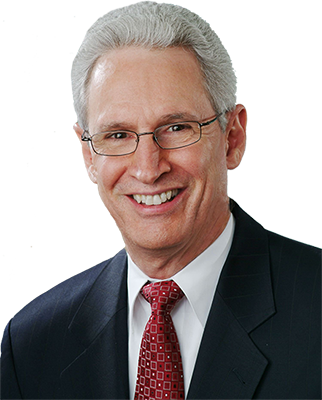 I am dedicated to helping lawyers build
Successful and fulfilling practices!


To subscribe to my blog and get free practice tips, enter your email address in the form below.

Information is for internal use by Italo Consulting only. Your Information will never be shared with any third party